In a new book, David Schwartz chronicles 200 years in the life of McCulloch v. Maryland, a case widely regarded as one of the most important in U.S. Supreme Court history.

Schwartz’s “The Spirit of the Constitution: John Marshall and the 200-Year Odyssey of McCulloch v. Maryland,” just published by Oxford University Press, situates the landmark case within the politics of its day, and then examines the ways it has been interpreted through different eras. 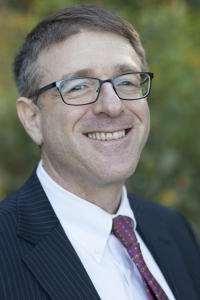 The unanimous McCulloch opinion, authored by Chief Justice John Marshall in 1819, upheld Congress’s authority to create a national bank while rejecting the state of Maryland’s attempt to tax the bank. Schwartz’s expansive legal history explores the broader debate sparked by McCulloch, the ongoing question over the scope of the federal government’s powers.

“McCulloch v. Maryland has been quoted so reverentially and almost religiously, and its author John Marshall so canonized by legal thinkers,” says Schwartz, who is a University of Wisconsin law professor. “I wanted to write a book exploring how a centuries-old decision, and a chief justice, became that celebrated.”

McCulloch, and by association Marshall, was not always so revered. The case would only achieve epic prominence, Schwartz writes, “because many years after the decision was largely dead and buried, lawyers and judges said it was a great case. They found material that was useful to their constitutional arguments, and they had come to believe that John Marshall was an iconic figure whose words carried great weight.”

Schwartz shows how rival parties, at times discounting McCulloch and at times praising it, used the decision for competing political ends. After ignoring the case for decades in the 19th century, judges began citing it with greater frequency in definitive legal battles over civil rights, taxation and regulation, and recently, over universal health care coverage.

Marshall’s reputation began to grow at about the same time, Schwartz notes. To further a political agenda, admirers were willing to overlook the justice’s flaws. Significantly, for example, few today realize that the justice owned more than one hundred slaves and consistently sided with slave owners in cases.

The book gets its title from Marshall’s opinion on the federal government’s implied powers, written more than two centuries ago. He ruled that the powers Congress exercises that are not enumerated in the Constitution, such as chartering a national bank, must only be “conducive” to the purposes of the national government, so long as they adhere to “the letter and spirit of the Constitution.”