Our law-in-action tradition here at UW Law means that in addition to teaching the basics of legal rules, our students learn why those rules evolved to address social concerns and how those rules operate in the real world.

Every law school will teach you the legal rules, and many other schools feature a broader, more socially aware view of the law. At UW Law, we go above and beyond with our longstanding hallmark of a law-in-action approach to teaching. 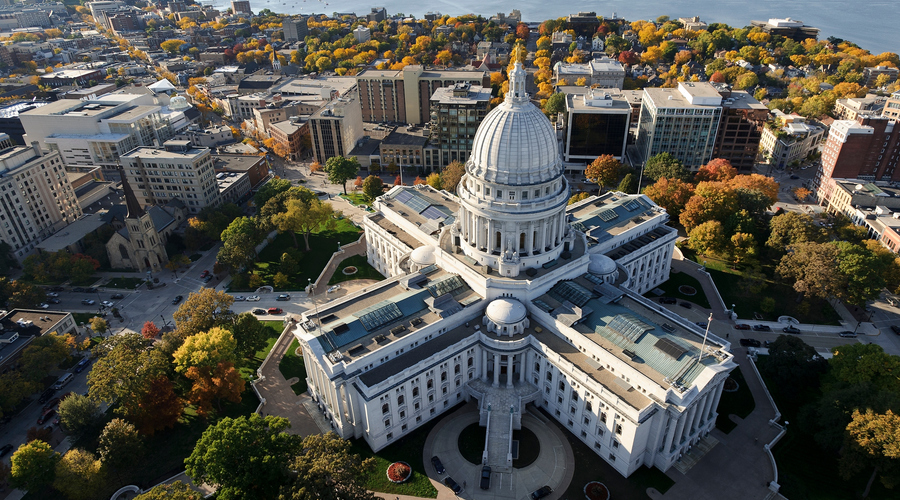 Learning the Law in Action

Learning the "law in action" means:

Here are a few examples of how the law-in-action perspective enriches classroom study and law practice:

You are studying the concept of "reasonable care" in your torts class.

The case law says that reasonable care can sometimes be measured by asking how much it would cost to do something safer as compared to the cost of the injuries now being caused by the activity. How do we measure the cost of those injuries?

To the victim, it is all the costs associated with medical care, time out of work, etc. But a Wisconsin professor will take it a step further.

From the defendant's point of view, the cost of the injuries depends on how many injured people will bother to sue, and how many of them (faced with the lengthy delays of litigation) will settle for pennies on the dollar in order to get a quicker recovery.

Understanding how victims and defendants operate in the real world makes you far better prepared to advise your clients, whoever they may be. It also provides better preparation for working to change the law.

Your client needs a statutory provision to be interpreted in a particular way in order to win the case.

Some classes on statutory interpretation emphasize certain maxims, including one that directs the courts to interpret rules in a way that furthers the underlying legislative intent.

But at Wisconsin, you studied with a professor who actually surveyed legislators, and who documented that they often pass legislation whose provisions are deliberately left ambiguous, since this was the only way to garner a majority vote.

In such cases, there is evidence that no legislative intent ever existed. Indeed, the legislature's only intent appears to have been the intent to give the courts the final say on the meaning of the rule, and you can argue persuasively to the court that the judge ought to feel free to interpret the provision in a fashion favorable to your client.

Your client has been subjected to predatory practices in the form of high interest payday loans.

But in your Consumer Law Clinic at UW you learned, first hand, that it can be pointless to sue if the defendant is broke or already has many judgments against him.

Perhaps it would be more effective to work with banks to find a less predatory way to provide short-term loans to low-income people.

You are working as a staff member of the Senate Judiciary Committee.

The committee is holding a hearing about whether the Independent Prosecutor can bring criminal charges against the President, even before the Senate has considered the issue of impeachment. You hear eloquent statements from many law professors on constitutional history and the debates of the 18th century, now enshrined in The Federalist Papers.

Then a Wisconsin law professor begins to testify. A former prosecutor, he emphasizes that in all criminal prosecutions, the prosecutor's power often lies in the ability to force a plea bargain. Suddenly you are thrown back to your law-in-action days as a UW student, and you realize that allowing the Independent Prosecutor to proceed means that a plea bargain may force the President to step down even before the Senate gets to act.

You alert your committee leadership that they – who are all elected members of the federal government – are about to cede all their authority to a single, unelected individual, an outcome they are hardly likely to support.

You are a member of a state law reform commission.

As a member of the commission, you are tasked with improving both the substance and procedures of criminal law. As at other law schools, your classes at UW covered United States Supreme Court constitutional cases that address the right to be free from unreasonable search and seizure, police interrogation techniques, and the rights of a criminal defendant at trial.

But at UW you also had a class called Criminal Justice Administration, which explores why the state legislature passed a "mandatory arrest law" for domestic violence situations and assesses the law's effect on police practices; examined the day-to-day decisions that a prosecutor must make about whether, or how much, to charge a defendant in a particular case; and investigated the goals and effectiveness of incarceration compared to other dispositions such as probation, drug treatment, or community service.

Your contributions to the law reform commission are imbued not only with theoretical rigor but also with a keen appreciation of which reforms are most likely to achieve their intended effect.

If you'd like to learn more about law-in-action at UW Law School, these resources will give you a place to start.

Wisconsin Law in Action is a monthly podcast featuring new or forthcoming scholarship from the UW Law School Faculty, exploring a variety of legal topics and examining new developments in the legal academic field. Interviews are conducted by the University of Wisconsin Law School Library.

View recent episodes of the Wisconsin Law in Action Podcast »

A book of papers and interviews about innovative law school courses developed by faculty of the Wisconsin Law School from 1950 to 1970 that forged a path from legal realism to law and social science. These courses took a “law in action” approach to the study of law which became a signature feature of the school’s tradition from that time to the present day.

Learn more about "Legal Realism to Law in Action" »

"This article is an account of the Wisconsin Idea at the law school, and hence a partial account of [Eugene] Gilmore's career."

"The Wisconsin approach at its best seeks justice. However, we know that we must look for it not only in doctrine but in police cars, courtrooms, lawyers' offices and the lives of ordinary people as well."

By Kenneth B. Davis, Jr.

"[The "Law-in-Action" philosophy] is a philosophy that has served UW Law School graduates well over the past century, and it is one that may prove even more relevant for tomorrow's graduates as they face an increasingly complex, competitive, and challenging world."

The University of Wisconsin Law School 1868-1968: An Outline History

"...the centennial of the University of Wisconsin Law School forces a re-examination of the principal threads in the fabric of this now established institution. "

The Law School: Service to the State & Nation

"As the foregoing shows, the faculty-member of today must be prepared to conduct his research and service activities in any field of the law. Furthermore, the most effective way to pursue these activities is through research oriented by the concept of law in action."

"The Law School: Service to the State and Nation" »

Changing Responsibilities of the Law School 1868-1968

"Comparison of the 100-years-apart course announcements can help us grasp key elements in the development of ideas about the Law School's missions."