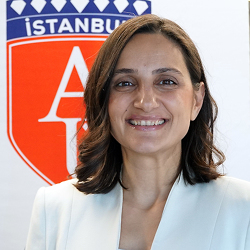 Leyla Ateş has been appointed dean of the Altinbas University Faculty of Law in Istanbul, Turkey, where she has served on the law faculty since 2014.

Ateş earned her Master of Laws degree (LL.M.) at UW Law School in 2010. She is a tax law scholar, who worked with former UW Law Professor Allison Christians. Ateş’s LL.M. thesis was titled, “The legitimacy of tax reforms in Turkey.”

Prior to entering the LL.M. program, Ateş was a visiting scholar at UW Law during the 2008-2009 academic year. She previously served on the faculties of University of Namik Kemal in Tekirdag, Turkey, and Inonu University in Malatya, Turkey.

“My education in Wisconsin created a strong foundation on which to build my career,” Ateş says.

This article appears in the categories: Alumni, Features