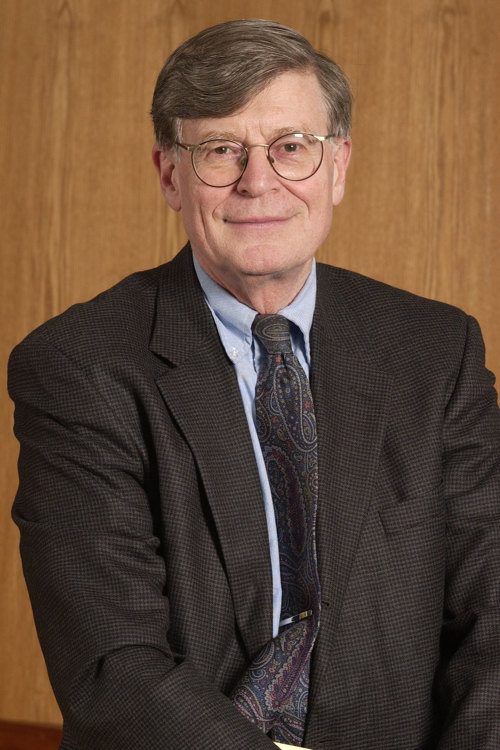 An expert in advertising law, Gerald Thain brought with him 11 years of experience at the Federal Trade Commission when he joined the UW Law faculty in 1974. At the FTC, he served in the Office of General Counsel, representing the agency in its cases in federal courts, and then as attorney-advisor to FTC Commissioner Philip Elman before becoming Director of the FTC's National Advertising Regulation Division in 1970.

At the University of Iowa, Professor Thain was elected to Phi Beta Kappa and was first in his law school class, receiving Order of the Coif honors. He was an editor of the Iowa Law Review. Following graduation from law school, he served for 3 years in the USAF Judge Advocates Corp, at Sewart AFB, Tenn. and subsequently at Ton Son Nhut AFB, South Viet Nam.

Professor Thain teaches courses in Secured Transactions, Unfair Trade Practices, and First Amendment Law. He chairs the Law School's Graduate Programs. He has also directed clinical programs in the past. He has been a visiting professor at the Univ. of Maryland, Georgetown Univ. Law Center and Chuo Univ. in Tokyo. From 1984 to 1996, he served as the Associate Dean for Academic Affairs at the Law School. Professor Thain has written various articles on advertising and trade regulation and related issues. He was awarded the Consumer Law professorship in 1992 and has held that position until his official retirement on July 1, 2006 after which he continued as a part-time faculty member. He directed the school's Consumer Law Project and has organized annual conferences on consumer law issues, held at the Law School, since 1993.

Professor Thain was a co-grantee of an award from the Robert Wood Johnson Foundation to study the impact of litigation on tobacco control and was a contributing author to the 1996 Report of the Surgeon General on Smoking & Health. Active in a variety of organizations, Prof. Thain has served on the editorial boards of The Journal of Consumer Affairs and The Wisconsin Lawyer. He is a member of the American Bar Association, the Wisconsin State Bar, the American Law Institute and the Law & Society Association. He was a member of the Food Safety Council and directed a Ford Foundation project on Marketing to Children. He served on ALI consultative groups concerning revision of Articles 9 and 1 of the UCC and the Restatement of Unfair Trade Practices.

A member of the Board of Directors of the Center for East Asian Legal Studies. Prof. Thain has given lectures or short courses on trade regulation, commercial law and comparative legal education in many foreign countries, including Italy, Indonesia, Germany, Thailand, Hong Kong, China, Canada, Great Britain, Korea, the Philippines, Norway, Belgium and France. He is an active member of the Transatlantic Consumer Law Dialogue, a consultative body to the U.S. and European Union advocating uniform & consumer-friendly regulation of trade practices, including e-commerce, between the two.

Professor Thain's leisure pursuits include biking, racquetball and reading history, biography and mystery novels. He is a noted film & baseball buff. His wife, Priscilla is retired from PROFS, a UW-Madison faculty lobbying organization and is a board member of the League of Women Voters. Both Professor Thain and his wife are active in Rotary. They have 3 children (Gregory, a computer scientist on the academic staff of UW-Madison; Petita, a nursing home assistant in Beaver Dam, WI; and Douglas, a professor of computer science at Notre Dame in South Bend, Indiana) and, to date, five grandchildren.