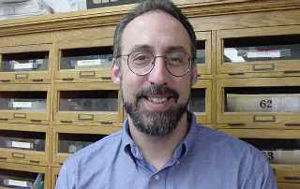 Howard Schweber joined the department in Fall 1999.  He received his PhD in Government from Cornell University in 1999, after spending five years practicing law. He teaches courses focusing on constitutional law, law and political theory, political theory, and the philosophy and politics of public policy debates.  Author of forthcoming books on the First Amendment (Peter Lang Press) and 19th Century American legal development (Cambridge University Press), as well as articles, essays, and book chapters on a variety of topics relating to the historical development of American law and its relation to American political thought, and on issues of public policy.  His current area of research focuses on the construction of "public" and "private" as categories of legal and political discourse.  He is actively involved with the Center for Civic Education's programs in promoting teaching of the Constitution to middle school and high school teachers and the We The People curriculum and competition for high school students.  In addition, Schweber was the coach of the UW-Madison's College Mock Trial Team from 1999-2002, but has retired, according to a spokesman, "to spend more time with his family."

no articles found
no courses found