Madison, with a population of over 250,000, offers the amenities of a big city with the benefits and warmth of a strikingly beautiful college town. Madison is a center for political and judicial activity, conveniently located in the middle of a triangle formed by Chicago, Minneapolis and Milwaukee. 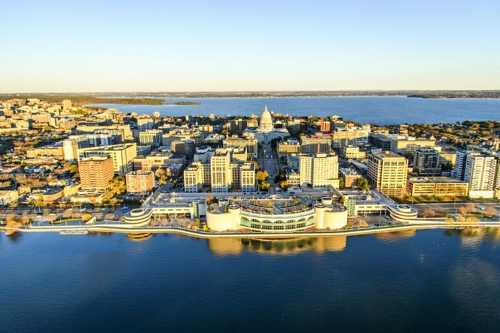 As the state capital, Madison is home to the Supreme Court of Wisconsin, the Wisconsin Court of Appeals, the Dane County Circuit Court, the Western District of Wisconsin Federal District Court, and various state and federal agencies.

All are within walking distance of the Law School, giving our students vast opportunities to work directly with judges and Justices and providing students with experience in multiple ares of law.

The Wisconsin Union Theater, the Overture Center for the Arts, the Kohl Center, and other facilities provide endless opportunities for students to enjoy national and local cultural events.

The four lakes in Madison are an ideal backdrop for the city, which is augmented by a 1200 acre arboretum, a free zoo, more than 200 city parks, 11 beaches, and lots of scenic countryside accessible by car, boat, bicycle, and foot. 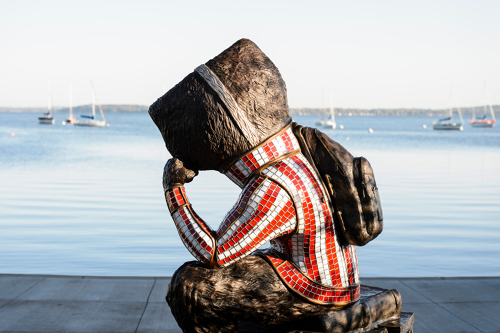 The nation's largest producer-only farmers' market. It's held weekly on Saturdays and on Capitol Square between April and November. 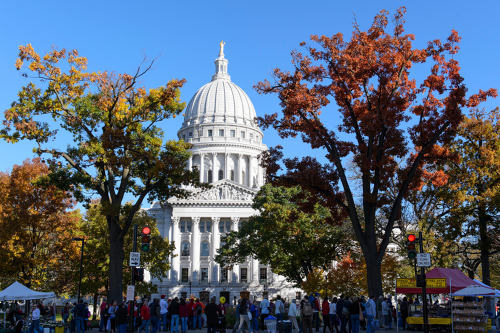 Start and finish at Capitol Square. The course winds along the shores of lakes Monona and Mendota, the UW campus and Arboretum, past the Governor's Mansion, and through Madison's distinct neighborhoods.

CONCERTS ON THE SQUARE

The Wisconsin Chamber Orchestra plays outside of the Capitol between June and August. Led by Maestro Andrew Sewell, this Madison favorite runs for six consecutive Wednesdays every summer. Pack your picnic basket, meet friends and family, and take in the sounds of summer.

"Held each year of Labor Day weekend, Taste of Madison showcases more than 65 local restaurants, 20 beverage stands, and three entertainment stages. The participating restaurants sell a vast variety of unique and traditional dishes to the estimated 175,000 attendees over the two-day period."