"Steven Wright’s debut novel reads like a 'how to' book that thousands of K Street connivers and Wall Street warriors don’t want the rest of America to see," writes James Grady in The Washington Post. "The Coyotes of Carthage," Wright's fictional look at dark money in local politics, came out this month from Ecco Books. The co-director of the Wisconsin Innocence Project, Wright also teaches creative writing at UW-Madison.

And Wright should know. Before joining the UW Law School faculty, he served as a trial attorney in the Voting Section of the United States Department of Justice. In this role, he litigated cases to enforce the Voting Rights Act, the Civil Rights Acts, National Voter Registration Act, and the Military and Overseas Voter Empowerment Act

Read what other critics and journalists have written about "The Coyotes of Carthage:" 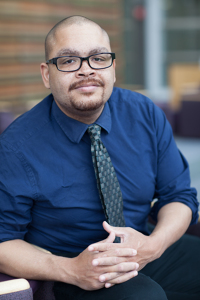 While the pandemic has upended plans for a book tour, Wright appeared in a live online event via Crowdcast at 7 p.m. April 14 with CNN legal correspondent Laura Coates. The event is available to stream on demand.

This article appears in the categories: Faculty, Frank J. Remington Center, In the Media