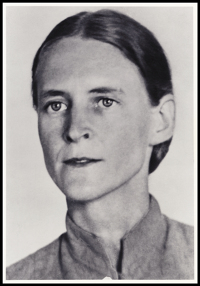 Adolf Hitler only gave his personal instruction to execute one person: Mildred Fish-Harnack. Mildred Fish was a Milwaukee native who earned her bachelor’s and master’s degrees from UW Madison in the mid-1920s. She taught in the UW Madison English Department and wrote for the Wisconsin State Journal and the Wisconsin Literary Magazine. At UW, Mildred met Arvid Harnack and they married and moved to his native country of Germany, settling in Berlin in 1930.

The Harnacks formed and ran a Nazi resistance organization that published an underground newsletter, gave economic information to the U.S. and Soviet Embassies in Berlin, spread anti-Nazi news reports, and helped dissidents and Jewish people leave Germany. A captured Soviet spy exposed the Harnack’s activities in 1942 and the Nazis arrested Mildred, Arvid, and 116 - 120 other members of the resistance. Arvid was executed in 1942 and Mildred was initially sentenced to six years of hard labor. Hitler personally ordered her to be retried resulting in her execution on February, 16th 1943- the only American civilian to be executed by Hitler as an underground conspirator.  A sculpture by John Durbrow in honor of Mildred Fish-Harnack was dedicated in 2019 and resides in Madison in Marshall Park (2101 Allen Boulevard).

More information on Mildred Fish Harnack is available through:

The UW-Madison’s Office of International Studies and Programs (now the International Divison) established an annual Human Rights and Democracy Lecture in 1994 named in honor of Mildred Fish-Harnack for her courage, idealism, and self-sacrifice. The lecture seeks to promote greater understanding of human rights issues and explore the intersections of human rights and democracy around the world. Presenters of the Mildred Fish-Harnack Lecture advocate for human rights through academic scholarship and/or active leadership and discuss human rights and democracy around the world. UW-Madison's International Division coordinated the lecture until the Human Rights Program was created in 2015.

“Mildred Harnack: An American graduate student at the center of berlin's underground resistance to hitler" 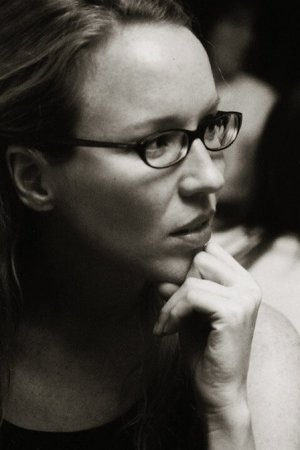 Register to attend in person on Eventbrite. To view lecture virtually please register on Zoom.

Rebecca Donner is the author of the instant New York Times bestseller All the Frequent Troubles of Our Days, a bold work of deeply researched nonfiction about her great-great-aunt Mildred Harnack, an American graduate student who became a leader of the largest underground resistance group in Berlin during Hitler’s regime. All the Frequent Troubles of Our Days was recently awarded the National Book Critics Circle Award for Biography and the PEN/Jacqueline Bograd Weld Award for Biography. It was named one of the best books of 2021 by the New York Times, Wall Street Journal, Time Magazine, Publishers Weekly, New York Post, Milwaukee Journal Sentinel, and The Economist. It has received high praise from Pulitzer Prize-winning biographer Kai Bird (“A stunning literary achievement”), NBCC-award winning biographer Ruth Franklin (“Epic in sweep, written with a novelist’s attention to detail and a historian’s perspective on social and political forces”), and New Yorker literary critic James Wood (“Donner’s story reads with the speed of a thriller, the depth of a novel, and the urgency of an essay, like some deeply compelling blend of Alan Furst and W.G. Sebald”).

Rebecca was a 2018-19 fellow at the Leon Levy Center for Biography at the City University of New York, is a two-time Yaddo fellow, and has twice been awarded fellowships by Ucross Foundation. She has taught at Wesleyan University, Columbia University, and Barnard College. Rebecca Donner’s other books include two critically acclaimed works of fiction. 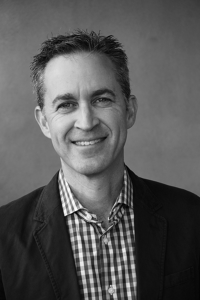 “From Monopoly to Autocracy: A Human Rights Agenda for the Global Internet”

David Kaye is a clinical professor of law at the University of California, Irvine. From 2014 – 2020 he served as the United Nations Special Rapporteur on the promotion and protection of the right to freedom of opinion and expression. He is also the author of Speech Police: The Global Struggle to Govern the Internet (2019).

His reporting for the UN addressed, among other things, encryption and anonymity (PDF), the protection of whistleblowers and journalistic sources (PDF), the regulation of online content by social media and search companies, Artificial Intelligence technologies and human rights, the private surveillance industry, and online hate. A member of several boards dealing with freedom of expression, online and offline, since October 2020 he has been serving as the Independent Chair of the Board of the Global Network Initiative. He has also written for international and American law journals and numerous media outlets. He began his legal career with the U.S. State Department’s Office of the Legal Adviser, is a member of the Council on Foreign Relations, and is a former member of the Executive Council of the American Society of International Law.