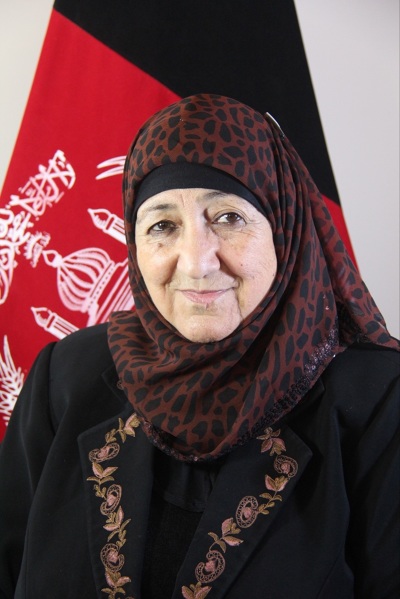 "As Women Rise, So Does the Nation"

To facilitate planning, please register by October 5th. Walk-ins are welcome too.

Women’s rights are human rights and essential to the advancement of any nation. Nations with protections for women’s rights are stronger and more prosperous. We can see, as women in Afghanistan gained rights, the nation became more prosperous and peaceful. With a population where greater than 60% of the people are under 30, they have spent their lives connected to the rest of the world, unlike Afghan people in the 1990’s. Demonstrations against undemocratic principles that violate human rights occur regularly, led by women not willing to be intimidated by guns in the hands of those they oppose. Afghan women wish to work and go to school, with the support of the young men who stand with them. The loss of human rights anywhere, leads to the loss of rights everywhere. The silence of the world regarding Afghanistan is discouraging, and follows a global trend of the roll back of women’s rights that started in 2020.

Dr. Sakena Yacoobi is the President & Executive Director of the Afghan Institute of Learning (AIL), an organization she founded in 1995 in response to the lack of education and health care that the Afghan people faced after decades of war and strife. Dr. Yacoobi is also the President & Executive Director of Creating Hope International (CHI). Dr. Yacoobi has established 352 Learning Centers, four schools, a hospital, and a radio station and TV station in Afghanistan and is the recipient of six honorary doctorates including from Princeton University. Each year, Dr. Yacoobi speaks at numerous events, conferences and at institutions such as the UN, Stanford University and Oxford University. Dr. Yacoobi particularly enjoys engaging with youth at schools, inspiring them to be globally minded citizens.

Dr. Yacoobi serves on a number of boards and panels including, New Global Citizens, the Advisory Council for the Center for Social Impact Learning at the Middlebury Institute of International Studies at Monterey, Women’s Refugee Commission, and is a former board member for the Global Fund for Women. She is an advisor to the Fetzer Institute, the International Academy for Multicultural Cooperation, and is a member of the US - Afghan Women’s Council. Dr. Yacoobi is a respected expert and speaker especially on the subjects of girls’ education, life in Afghanistan, health, refugees and women’s empowerment. Dr. Yacoobi was honored in 2017 with the Sunhak Peace Prize, and, in 2016, was the Harold W. McGraw Prize in Education awardee, the 2015 WISE Prize for Education Laureate and the 2013 recipient of the Opus Prize. Dr. Yacoobi is a Skoll Social Entrepreneur, Schwab Social Entrepreneur, and Ashoka fellow, a Harvard University Executive Fellow, and was nominated as one of 1,000 women for the Nobel Peace Prize. 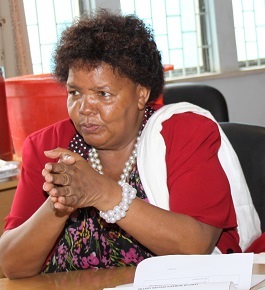 "Shifting the Center of Gravity: Women's Movement and Constitution-Making in Kenya"

Open to the public. No registration required.

Prof. Wanjiku Mukabi Kabira is the Leader of the Women’s Economic Empowerment (WEE) Hub and the Director of African Women Studies Centre (AWSC), University of Nairobi.  She is a professor of Literature and a writer, a literary critique, and a gender and policy analyst. She has taught oral literature for many years, carried out field work in many parts of the country and published widely. Her first publication in 1984 has been translated into many languages and set the pace in the field of oral literature in our schools and in the region. Her latest publication in oral literature was in 2010, titled Re-claiming My Dreams. She is also an expert in Eastern Africa and West African Literature where her focus has been on the broad areas of leadership, colonialism, ideology, philosophy of leadership, women in Literature, the role of the people in social transformation, nationalism, change and transformation, corruption, and exploitation, in addition to theoretical and conceptual issues. She also addresses issues of style, language the writers use and the whole area of literary dis-course in her publications. She specializes in African American, Caribbean literature and Black Aesthetics:  She has taught at the undergraduate and graduate levels including PhD students. She has also contributed to the development of literary criticism by reviewing manuscripts for publishers and writers including famous writers such as Ngugi wa Thiong’o.

She is an expert in policy analysis and evidence-based policy advocacy. She has worked with policy makers and civil society organization and brought her academic expertise to the national and regional levels. She has been a gender advisor in IGAD and national parliamentary committees. She has developed research analysis tools such as ABC of gender analysis, people-oriented planning tools, gender analysis frameworks among others. ABC of gender analysis has been particular useful in literary analysis and discourse even in the field of literature. She has over 100 publications in the form of books, chapters, journal articles and creative writing. One of her most notable books is A Letter to Mariama Ba, which was a response to So Long a Letter, a book written by Mariama Ba. Her books on women and gender issues include: Our Secret Lives; They Have Destroyed the Temple; Celebrating Women’s Resistance; The Oral Artist.

She was a Commissioner and a Vice Chair of the Constitution of Kenya Review Commission and has documented the role of women and their gains in her book Time for Harvest: Women and Constitution Making in Kenya - 1992 to 2010. She has worked with and led various women’s organizations in Africa and was awarded the national honour of Chief of the Burning Spear and Elder of the Burning Spear. 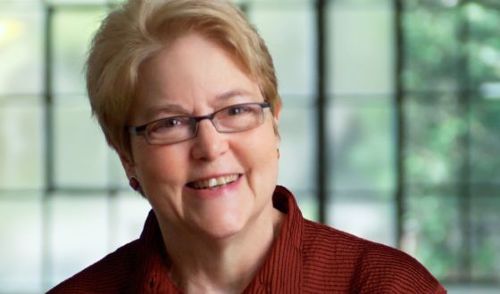 About the Soffa Lecture 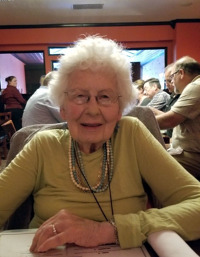 “Women and children are oppressed all over the world. If we can shine a light on issues that matter to them, we can take steps to make their lives better.”

Marguerite Jacqmin Soffa ('46 BA L&S) established an annual public lecture series in 2001 to be given by a distinguished woman in international public life about contemporary issues of global significance. Presenters have included renowned and well-known “grassroots” leaders in the struggle for human rights and international understanding. The lecture was coordinated by the Office of International Studies and Programs until the Human Rights Program was created in 2013.