About the Institute for Legal Studies

The Institute for Legal Studies was established at UW Law School in 1985 under the leadership of David Trubek. It continued under the direction of Marc Galanter, Howard Erlanger, and Tonya Brito, and since 2016, Susannah Tahk. In establishing the Institute, the Law School sought to expand and institutionalize its longstanding "law in action" approach, which dates back to the early part of the twentieth century and remains vital to its mission. The Institute was created to foster the interdisciplinary study and teaching of law not only by providing support for its own faculty, but also by connecting to other departments on campus and by cultivating a network of scholars with similar interests worldwide. 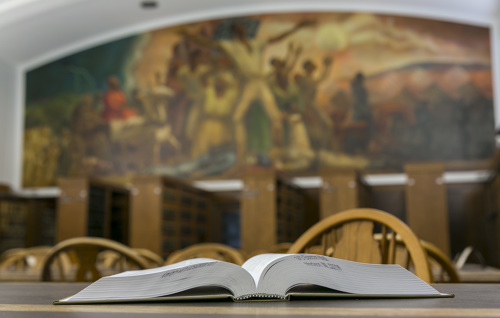 Over the years, the Institute has promoted and assisted independent and collaborative research in a wide variety of substantive areas in sociolegal studies. The Institute served as the original base of operations for the Law School and The International Division’ Global Legal Studies Center, and housed the Law & Society Review under the editorship of Bert Kritzer.  Five scholars currently or formerly affiliated with the Institute have been elected president of the Law and Society Association.

Each year the Institute hosts presentations by Wisconsin faculty and visiting scholars on a wide variety of topics, as well as workshops, symposia, and conferences. The Institute is well-known for hosting two signature biennial events: the Hurst Summer Institute in Legal History and the Midwest Law and Society Retreat.

The two-week Hurst Summer Institute, which is cosponsored by the American Society for Legal History (ASLH), brings in accomplished scholars to lead specialized sessions for a dozen early career legal historians. The Midwest Retreat brings together faculty and graduate students from the Midwest's diverse law and society programs for a weekend of intellectual exchange and community building.