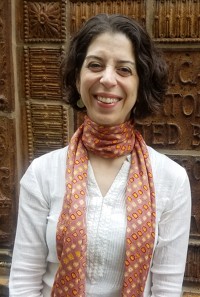 Mitra Sharafi is a legal historian of South Asia. She holds law degrees from Cambridge and Oxford (the UK equivalent of a JD and LLM) and a doctorate in history from Princeton. Sharafi's book, Law and Identity in Colonial South Asia: Parsi Legal Culture, 1772-1947 (Cambridge University Press, 2014) won the Law and Society Association's J. Willard Hurst Prize for socio-legal history in 2015. The book explores the legal culture of the Parsis or Zoroastrians of British India, an ethno-religious minority that was unusually invested in colonial law: http://hosted.law.wisc.edu/wordpress/sharafi/

Currently, Sharafi is at work on her second book project. "Fear of the False: Medical Jurisprudence in Colonial India" examines colonial anxieties about dissimulation that were reflected in the work of medico-legal experts like the Chemical Examiners and Imperial Serologist. She is also writing an article on abortion during the Raj, and another on South Asian and West African law students who were expelled from London's Inns of Court around the turn of the twentieth century. Sharafi's research has been recognized and supported by the American Council of Learned Societies, Institute for Advanced Study, Andrew W. Mellon Foundation, National Endowment for the Humanities, National Science Foundation, and Social Science Research Council. She is an ACLS Frederick Burkhardt Residential Fellow ’18 (National Humanities Center, 2020-1), a Davis Center Fellow (Princeton History Dept., fall 2018), and an H. I. Romnes Faculty Fellow (UW-Madison, 2018-23). 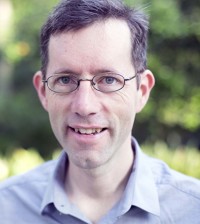 Will Hanley is a legal and social historian of the Middle East. He is associate professor of history at Florida State University. He studied at the Universities of Saskatchewan, Toronto, and Oxford before taking his doctorate in history at Princeton. His first book, Identifying with Nationality: Europeans, Ottomans, and Egyptians in Alexandria, was published by Columbia University Press in 2017. He is currently working on a Cairo-centered history of international law between 1870 and 1930. He is also engaged in a variety of digital projects, including an NEH-funded names database (prosop.org), an undergraduate historical newspaper encoding project (dig-eg-gaz.github.io), and a digital gazetteer of the Ottoman empire (ottgaz.org). He has been a Rhodes Scholar, a Fellow of the Forum Transregionale Studien (Berlin), and a Member of the Institute for Advanced Study (Princeton). 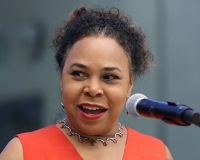 Michelle McKinley is the Bernard B. Kliks Professor of Law at the University of Oregon Law School and director for the Center for the Study of Women in Society. McKinley has taught on the faculties of the University of Hawai’i, Universidad de los Andes, University of Kansas, Universidad Nacional Mayor de San Marcos, and Princeton University. McKinley has extensively published work on public international law, Latin American legal history, and the law of slavery. Her monograph, Fractional Freedoms: Slavery, Intimacy and Legal Mobilization in Colonial Lima, 1600-1700 was published by Cambridge University Press in 2016. The monograph examines enslaved women in colonial Lima who used ecclesiastical and civil courts to litigate their claims to liberty. Fractional Freedoms received the 2017 Judy Ewell prize for best work in women’s history from RMCLAS, and an honorary mention for the best work in sociolegal history from the Law and Society Association.

She has received fellowships for her research from the American Council of Learned Societies, the National Science Foundation, National Endowment for the Humanities, the American Philosophical Society, and the Newberry Library. She was awarded the Surrency Prize in 2011 for her article, "Fractional Freedoms: Legal Activism & Ecclesiastical Courts in Colonial Lima, 1593-1700. In 2014, she was a fellow in residence at Princeton University's Program in Law and Public Affairs. 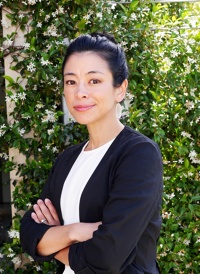 Karen M. Tani is a scholar of U.S. legal history, with broad interests in poverty law and policy, administrative agencies, rights language, federalism, and the modern American state. She teaches torts, legal and constitutional history, and social welfare law at the University of California, Berkeley School of Law. Tani is the author of States of Dependency: Welfare, Rights, and American Governance, 1935-1972(Cambridge University Press, 2016), which won the 2017 Cromwell Book Prize from the American Society for Legal History. The book sheds new light on the nature of modern American governance by examining legal contests over welfare benefits and administration in the years between the New Deal and the modern welfare rights movement.

Tani is the first graduate of the University of Pennsylvania’s J.D./Ph.D. program in American Legal History. Following her law school graduation, she clerked for Judge Guido Calabresi of the U.S. Court of Appeals for the Second Circuit. Prior to joining Berkeley Law, Tani was a Samuel I. Golieb Fellow in Legal History at New York University School of Law and the George Sharswood Fellow in Law and History at the University of Pennsylvania Law School. Tani is an active member of the American Society for Legal History and contributes regularly to the Legal History Blog. At Berkeley, Tani is an affiliate of the Jurisprudence and Social Policy Program and the Center for the Study of Law and Society.