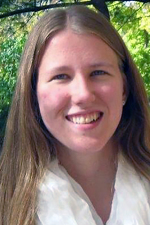 Rebecca Anderson is pursuing a dual J.D./Ph.D. in the Department of Political Science at UW-Madison where she focuses on political theory.  She studies the epistemology of testimony. Utilizing the concept of epistemic injustice, her research focuses on the ways that gender and gender performance impact the credibility of testimony and the creation of knowledge in the court system. Her work draws on a variety of case studies in both criminal and civil legal contexts as well as ideas from women’s studies and queer studies literature.  She argues that understanding how prejudice and identity shape the process by which we create knowledge and truth allows us to see where our fact-finding process may disadvantage those who differentiate from the traditional norms and cause them to not only be denied justice through the court system, but also to cause them harm as individuals who are disbelieved about their own experiences of reality.

Her other research and teaching interests include constitutionalism, the First Amendment, feminist legal theory, contemporary political theory, and American politics. She serves as the managing editor for Constitutional Studies and holds an M.A. in Political Science from UW-Madison and a B.A. in Political Science and Legal Studies from UW-Superior. 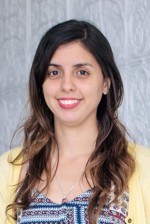 Daniela Campos Ugaz is a Ph.D. student in Sociology at UW-Madison. Broadly, her research interests span the areas of labor studies, economic sociology, and economic change and development. More specifically, she is interested in forms of precarious employment and citizenship, with emphasis on Latin America and Southern Europe. Her current work examines how non-standard forms of employment affect workers’ everyday lives. In particular, she analyzes the case of Italy, where different waves of labor reforms starting in the mid-1980s have intensified an already segmented labor market, causing not only disparities in stability at employment, but also more diversity in working-time arrangements, features that are grouped under the umbrella term “time precarity at work.” While non-standard forms of employment are commonly associated with financial precarity, with this project Daniela aims to underscore their social consequences by showing how atypical timings in work schedules impose constraints on social life, and how temporary contracts affect everyday life in its manifestations in time use and community participation. Daniela is also working on a study analyzing how labor-based and citizen-based social rights have defined and continue defining social citizenship in Latin America.

Prior to graduate school, she worked as a research assistant at two research centers in Peru (GRADE and CIUP), as a consultant at the International Labor Organization - Regional Office for Latin America and the Caribbean and at the World Bank, and as an economic analyst at the Department of Health in Peru. She holds a M.S. in Sociology from UW-Madison and an undergraduate degree in Economics from Universidad del Pacífico. 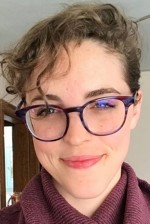 Elena Hight is a Ph.D. student in the Department of Sociology at the University of Wisconsin-Madison. Her work focuses on the role of water infrastructures in creating, maintaining, and disrupting various social inequalities. Her current project explores how local lawmakers make decisions about lead service lines amid regulatory and scientific uncertainty. She has also done research on various waterways and water infrastructures in Wisconsin and around the Great Lakes. This research has examined both grassroots efforts to promote the governance of water as commons and city-led initiatives to use rivers as a popular amenity to attract local businesses and wealthy residents. She is deeply interested in how the ways humans use, manage, and govern water shapes local and global geographies of advantage and disadvantage.

She received her B.A. from Washington University in St. Louis, and her work has been featured in Sociological Imagination, HuffPost, Edge Effects, and Rooted in Care, Sustaining Movements among others. 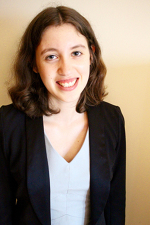 Sarah Jensen is a dual J.D./Ph.D. student in sociology at UW-Madison. Her research focuses on the collateral consequences of the criminal justice system on children, families, and individuals with mental health conditions. Her current work examines how jailed parents explain their criminal justice system involvement to their young children (ages 3 to 12 years), compared to what jailed parents explain to friends or peers. This examination is crucial to understanding the legal socialization process of children with incarcerated parents. Sarah is also working on a study surveying incarcerated and justice-involved people’s experiences navigating the novel coronavirus (COVID-19) pandemic. This project aims to collect data from people incarcerated in both jails and prisons, reentering individuals, family members of incarcerated people, and employees who work in the criminal justice system. Sarah collaborates with students and faculty through the UW Justice Lab to conduct academic research with policy implications. Before beginning her J.D./Ph.D. at UW-Madison, Sarah conducted a mixed methods research project at a juvenile mental health court in a rural Midwestern county spanning two years. She collaborated with juvenile participants, family members, justice officials, and court personnel to evaluate the court. This work ultimately led to the official certification of this juvenile mental health court program from the state supreme court. Sarah holds a B.A. from Kenyon College. 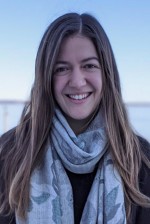 Chiara Packard is a Ph.D. candidate in the Department of Sociology at UW-Madison with research interests in the sociology of punishment, criminal justice, inequality, and discretion. Her research is unified by both an interest in how and why communities adopt different systems of punishment as well as a concern for how the criminal justice system impacts people’s lives. Her dissertation is a mixed-methods study of prosecutorial discretion and decision-making, drawing on interviews, observations, archival evidence, and court administrative data from the District Attorney’s offices of two mid-sized midwestern counties. Though prosecutors are some of the most powerful actors in the criminal legal system, we know little about how and why they use their discretion in different ways. This project first explores generally the factors that shape prosecutors’ use of discretion and how prosecutors make sense of their decisions as they process criminal cases. Then, it focuses specifically on how prosecutors think about and construct the boundary between violent and nonviolent crimes in cases where prosecutors could choose to charge disorderly conduct or battery. This boundary, when drawn, can dramatically shape a defendants’ trajectory throughout the criminal justice system.

Chiara is also engaged in several collaborative research projects including a survey study of the experiences of incarcerated individuals during the COVID-19 pandemic, an interview study on families’ experiences with fines, fees, and restitution in the juvenile justice system, and a quantitative analysis of the relationship between prison building and incarceration. In past work, which is forthcoming in Violence Against Women, she has explored how feminists in India contend with punitive approaches to gender-based violence in television news media. Chiara’s research is being generously supported by the Mellon-Wisconsin Fellowship and the UW-Madison Institute for Research on Poverty Fellowship. 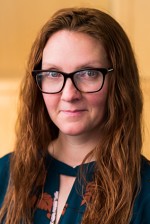 Broadly, Hannah’s research examines correctional institution siting in Wisconsin through both legal and scientific lenses, to better understand the intricate decision-making processes involved, as well as the public health and environmental implications of operating large-scale, concentrated institutions. As such, she works to determine where historic and new correctional institutions were and are being sited in Wisconsin, and what decision-making processes are involved throughout; and the extent of their public health and environmental impacts—internally, on individuals who are incarcerated, and externally, focusing on human and non-human communities outside the institutions—once built. In addition to analysis, she aims to directly involve those most impacted, primarily individuals who are incarcerated and those living in areas surrounding correctional institutions, to foster community education, empowerment, and resilience. 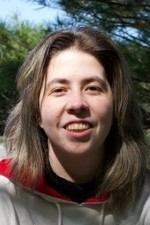 Adriana Romero-Sánchez is a graduate student at UW-Madison Law School on a Fulbright-Minciencias (Colombia) scholarship. Adriana is interested in a broad spectrum of topics related to criminal justice policy, prisons, transitional justice, sociology of punishment, and geographies of law. Before beginning her graduate studies at UW Law School, Adriana worked as clerk for the transitional justice tribunal (the Special Jurisdiction for Peace). She was also a criminal justice policy advisor in the Colombian Ministry of Justice.

Her research project, Transitional Justice, Restorative Sanctions and Punitivism in Colombia, aims to analyze the perceptions, discourses, attitudes, and emotions over the alternative punishments (special sanctions) included in the Peace Agreement between the FARC guerrillas and the Colombian Government. She critically explores how the metonymy of prison and punishment takes place in the citizens’ rejection of the special sanctions and works as the evidence of the socio-cultural limits of the penal change and the alternatives to prison in the country. In doing so, Adriana plans to bridge punishment theories and transitional justice scholarship by using a mixed methods approach. 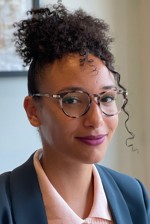 Lisa Washington (she/her/hers) is the current William H. Hastie Fellow at the University of Wisconsin. She is particularly interested in overlapping issues of poverty, race, and gender in the carceral state. Her research focuses on the intersections of family regulation law and the criminal legal system.

Lisa’s research interests come from her practice experience as a public defender in New York City. Prior to joining the University of Wisconsin, Lisa worked at The Bronx Defenders in New York City, where she was a fellow in the criminal defense practice and later became a staff attorney in the family defense practice. Lisa also co-directed the Mainzer Family Defense Clinic at Cardozo School of Law. Lisa’s teaching interests include criminal procedure, criminal law, evidence, race and the law, family law, and feminist legal theory.

Lisa received her first law degree from Humboldt University in Berlin. She then attended Columbia Law School, where she earned an LL.M. degree. Lisa has a background in comparative legal studies and is completing a comparative legal thesis as part of her Ph.D. studies at the Freie Universität in Berlin, Germany. Lisa grew up in both Germany and the United States and is bilingual. 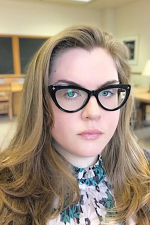 Charlotte C. Whatley is a doctoral candidate in the department of History at UW-Madison. She is interested in the performative nature of the law and its relationship to the legality and legitimacy of royal authority. Charlotte’s dissertation examines late medieval English property disputes pertaining to the right of advowson, and through the litigation strategies used in them exposes the complex relationship between ritualized aspects of medieval English law and the legal authority of kings. She shows how royal legal actors worked within (and manipulated) established rituals of legal bureaucracy to maintain an illusion of legal legitimacy. This royal performance of legal rituals navigated tensions between the rule of law acting as a tool for social order and the royal impetus toward authoritarian governance by encouraging litigants to engage in a legal system that reimagined existing modes of social ordering. The ways in which legal actors participate in the performative aspects of law, within the courtroom but especially in the broader context of legitimacy and authority, speak not only to the role of law within society, but to how people – both medieval and modern – understand law to function. Charlotte holds a B.A. with Honors in History and a B.A. in Classics from Randolph-Macon Woman’s College in Lynchburg, Virginia, and a M.A. in History from the University of Houston in Houston, TX. Her research has been supported by the Medieval Academy of America and UW-Madison’s Institute for Regional and International Studies. Her work can be found in the journal Fourteenth Century History.