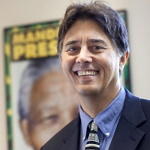 Heinz Klug is Evjue-Bascom Professor of Law at the UW Law School and an Honorary Senior Research Associate in the School of Law at the University of the Witwatersrand, Johannesburg, South Africa.

Growing up in Durban, South Africa, he participated in the anti-apartheid struggle, spent 11 years in exile and returned to South Africa in 1990 as a member of the ANC Land Commission and researcher for Zola Skweyiya, chairperson of the ANC Constitutional Committee. He was also a team member on the World Bank mission to South Africa on Land Reform and Rural Restructuring. He has taught at Wisconsin since September 1996. 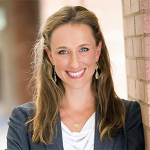 Gwendolyn M. Leachman is an assistant professor of law at the UW Law School and a Faculty Affiliate with the Sociology Department at the University of Wisconsin.

Professor Leachman teaches courses in Labor Relations, Employment Discrimination, and Sexual Orientation and Gender Identity Law. Professor Leachman's research examines how the interaction between law and social movements affects patterns of inequality and social change. Much of her recent work investigates how impact litigation has affected the LGBT movement, including the power dynamics among LGBT movement organizations, public perceptions of the LGBT movement, and the compatibility of the mainstream movement's goals with the more underrepresented segments of the LGBT community. 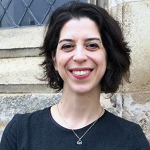 Mitra Sharafi is a legal historian of South Asia. She holds law degrees from Cambridge and Oxford (the UK equivalent of a JD and LLM) and a doctorate in history from Princeton.

Sharafi's book, Law and Identity in Colonial South Asia: Parsi Legal Culture, 1772-1947 (Cambridge University Press, 2014) won the Law and Society Association's J. Willard Hurst Prize for socio-legal history in 2015. The book explores the legal culture of the Parsis or Zoroastrians of British India, an ethno-religious minority that was unusually invested in colonial law. Sharafi’s research interests include South Asian legal history; the history of the legal profession; the history of colonialism; the history of contract law; law and religion; law and minorities; legal consciousness; legal pluralism; and the history of science and medicine. 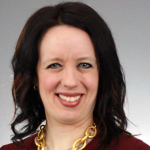 Susannah Camic Tahk teaches tax law and policy and supervises UW Law's Volunteer Income Tax Assistance program. She is currently the Rowe Faculty Fellow in Regulatory Law as well as an affiliate of UW-Madison's Institute for Research on Poverty.

Before coming to UW Law, Tahk practiced in the tax group in the Washington, DC office of Skadden, Arps, Slate, Meagher & Flom LLP, where she focused on controversy and policy matters. Tahk is currently writing a book tentatively titled The Tax War on Poverty that explores the reasons for and consequences of tax policies that address poverty in the US. In 2015, Tahk received the Vilas Early Career Investigator Award from UW-Madison and was named an Up and Coming Lawyer by the Wisconsin Law Journal.