Meet Some of Our Faculty of Color

If you are looking for a law school with a history of diversity, we encourage you to take a serious look at the University of Wisconsin Law School. 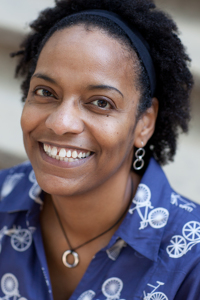 A native New Yorker, Professor Brito teaches family law and several advanced courses she developed, including Children, Law & Society and Adoption & Policy. Her scholarly interests include open adoption, family law, children's legal issues and poverty law. She has written on the relationship between family law and welfare law, the promotion of marriage as anti-poverty policy, the image of mothers in poverty discourse, and how working mothers fare under spousal support law. She is currently working on a number of projects, including a qualitative study of the role of law and trust in open adoption and an anthology of readings on children, law and society. Before entering academia, Professor Brito practiced law for several years in Washington, D.C., and served as a judicial law clerk on the U.S. District Court for the District of Columbia.

Professor Desai brings a diverse set of professional experiences to his teaching at the Law School, including having served as legal assistant to the American judges at the Iran-United States Claims Tribunal in The Hague, and working at the U.S. State Department and in the Legal Resource Centre in Grahamstown, South Africa. His current research interests focus on the intersection between international law and communication and information technology. His publications have appeared in the Stanford Law Review, Hastings Law Journal, Federal Communications Law Journal, and the University of Pennsylvania Journal of Constitutional Law. 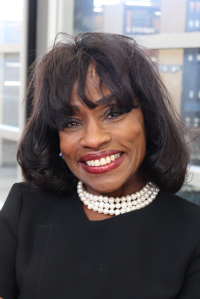 A California native, Professor Greene is one of the nation's most prominent African-American women in legal education. She began her career as a civil rights attorney at the NAACP, and went on to serve as Counsel to the Senate Judiciary Committee, where she participated in the Senate's consideration of five U.S. Supreme Court nominees. She is former Chair of the American Association of Law Schools Section on Minority Groups and former President of the Society of American Law Teachers. She serves on numerous boards and foundations, including the President of the Society of American Law Teachers, and co-founded the Black Women in Sports Foundation.

Before joining the UW faculty in 2007, Professor Huneeus was a fellow at Stanford University's Center on Democracy, Development and the Rule of Law. She is currently working on a project that examines the role national courts play in regional human rights systems, focusing on the Inter-American System for Human Rights. Prior to her work in law, Professor Huneeus worked as an editor and journalist in Santiago, Chile, and San Francisco, writing for the San Francisco Chronicle, Business Week, El Mercurio, and America Economia. 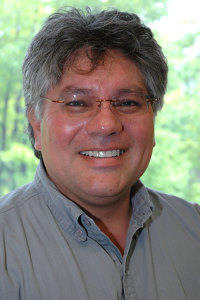 Professor Monette specializes in drafting provisions for constitutions and codes for Indian Tribes. He assisted the Havasupi Tribe in drafting seven substantive amendments to their constitution. He also worked with the Cheyenne and Arapaho Tribes of Oklahoma to draft an entirely new constitution, which was approved in April 2006 in an election also conducted by the Bureau of Indian Affairs. He has had many years of experience assisting tribes with constitutional reform projects, including drafting a new constitution in 1992-3 for the Hochunk tribe. He was a staff attorney with the Indian affairs committee and served as director of legislative affairs for the Bureau of Indian Affairs in Washington, D.C. He has been elected twice as chairman of the Turtle Mountain Tribe, and has served as Chief Judge for Pascua Yaqui Tribe.

Professor Ossorio teaches at the Law School, at the School of Medicine and Public Health, and is Program Faculty in the graduate program in Population Health. Prior to joining the University of Wisconsin, she was Director of the Genetics Section at the Institute for Ethics at the American Medical Association. After receiving her Ph.D., she completed a post-doctoral fellowship in cell biology at Yale University School of Medicine and worked as a consultant for the federal program on the Ethical, Legal, and Social Implications (ELSI) of the Human Genome Project. She is a member of the Human Embryonic Stem Cell Research Advisory Committee, a national committee to monitor and revise voluntary guidelines on the conduct of human embryonic stem cell research; a fellow of the American Association for the Advancement of Science (AAAS); and a member of the editorial board of the American Journal of Bioethics. 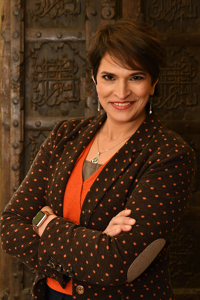 Professor Quraishi is a specialist in Islamic law and legal theory. Her expertise ranges from U.S. law on federal court practice to constitutional legal theory, with a comparative focus in Islamic law. Her professional experience includes serving as a judicial law clerk with Judge Edward Dean Price on the U.S. District Court for the Eastern District of California and as the death penalty law clerk for the Ninth Circuit Court of Appeals. She made news in 2001 when she drafted a clemency appeal brief in the case of Bariya Ibrahim Magazu, who was sentenced to flogging for fornication in Zamfara, Nigeria. Her project titled "Lost in Non-Translation: What's Missing When We Say Shari'a and Why It Matters for Feminism, Human Rights and Constitutionalism," received a national Carnegie Scholar grant in 2009. She is founding member of the National Association of Muslim Lawyers (NAML) and the California group American Muslims Intent Learning and Activism (AMILA). She is an associate of the Muslim Women's League, and has served as past president and board member of Karamah: Muslim Women for Lawyers for Human Rights. 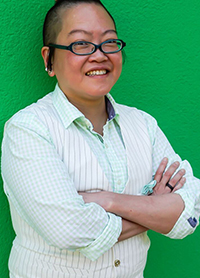 Raised in the South by two chemists, Professor Tai entered the legal profession to learn how to improve the use of science in environmental protection. They have written on the consideration of scientific studies and environmental justice concerns by administrative agencies, and is currently studying the role of scientific dialogues before the judicial system. Their teaching interests include environmental justice, risk regulation, and comparative Asian environmental law. They began their legal career as an appellate attorney in the Environment and Natural Resources Division of the U.S. Department of Justice, where they briefed and argued cases on a range of issues, from the protection of endangered cave species in Texas to the issuance of dredge and fill permits under the Clean Water Act. Professor Tai served as a judicial law clerk on the U.S. Court of Appeals for the Sixth Court. 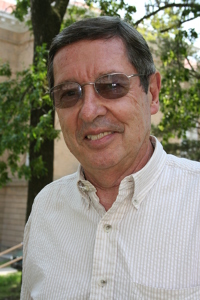 Professor Thome's research and teaching focus on the process of legal reform in Latin America and on legal issues of social and economic change in Latin America and Africa. He served as a consultant for the World Bank in Equatorial Guinea and for the U.S. Agency for International Development to evaluate its projects across Latin America, and lectured and consulted on land tenure issues in South Africa. He had a long relationship with the university's Land Tenure Center, participating in several projects in Latin American, Caribbean and Iberian Studies Program, and conducted research and lectured on land tenure, legal reform and other law and development issues in Argentina, Costa Rica, the Dominican Republic, El Salvador, Ecuador, Equatorial Guinea, Haiti, Honduras, Nicaragua, Panama, Peru, South Africa, and Uruguay. Professor Thome was born and spent his childhood in Costa Rica. He is bilingual in Spanish-English, and fluent in Portuguese.