Sumudu Anopama Atapattu is the Director of Research Centers and International Programs and Senior Lecturer at UW Law School. She teaches in the area of International Environmental law, and climate change and human rights. She is also the Executive Director of the UW-Madison's Human Rights Program. She is affiliated with UW-Madison's Nelson Institute for Environmental Studies, the Global Health Institute and the Center for South Asia.  She was a visiting professor at Doshisha University Law School, Japan (summer 2014), JLU Law School, Giessen, Germany (spring 2016) and Universitat Rovira i Virgili, Tarragone, Spain (spring 2019).

Susannah Camic Tahk teaches tax law and policy and supervises UW Law's Volunteer Income Tax Assistance program. She is currently the Rowe Faculty Fellow in Regulatory Law as well as an affiliate of UW-Madison's Institute for Research on Poverty. Before coming to UW Law, Tahk practiced in the tax group in the Washington, DC office of Skadden, Arps, Slate, Meagher & Flom LLP, where she focused on controversy and policy matters.

Professor Tahk is currently writing a book tentatively titled The Tax War on Poverty that explores the reasons for and consequences of tax policies that address poverty in the U.S. In 2015, Tahk received the Vilas Early Career Investigator Award from UW-Madison and was named an Up and Coming Lawyer by the Wisconsin Law Journal.

In 2013, she was awarded the American Association for Law Schools Scholarly Papers Prize, as well as the American Society for Comparative Law Award for Younger Scholars (for two different articles). Currently, she holds an NSF grant to explore the impact of the Inter-American Court of Human Rights on domestic prosecutions of state atrocity. She is Associate Professor of Law and Legal Studies at the University of Wisconsin, Madison, received her PhD, JD and BA from University of California, Berkeley, and was a post-doc at Stanford's Center on Development, Democracy and the Rule of Law. 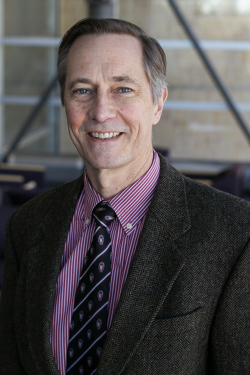 Professor Ohnesorge teaches Business Organizations and Administrative Law, as well as seminars in Chinese Law, and in law and economic development in developing countries. He is the former Chair of the Wisconsin China Initiative (2008-2012). A native of Minneapolis, Professor Ohnesorge received his B.A. degree from St. Olaf College (1985), his J.D. from the University of Minnesota Law School (1989), and his S.J.D. from Harvard Law School (2002). Along the way he has spent several years in East Asia, first as a teacher and law student in Shanghai in the 1980s, and then as a lawyer in private practice in Seoul in the 1990s.

During the course of his S.J.D. studies, Professor Ohnesorge spent a year as a visiting scholar at the Max Planck Institute for Comparative Public Law and Public International Law in Heidelberg, Germany, on a fellowship from Harvard's Center for European Studies. In 2000 he served as a lecturer at Harvard Law School, co-teaching with Professor William P. Alford. From 2000 to 2001 he clerked for Federal District Court Judge Rya W. Zobel (D. Mass), then joined the Law School in the fall of 2001. 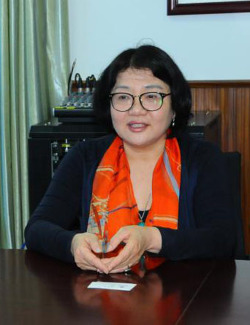 Ms. Hu earned her degree from Peking University Law School, China and her LLM LI from the UW Madison Law School. Her research interests are in Emanate Domain and Tax Law.