The Office of Career and Professional Development (OCPD) provides counseling, materials, resources and programs to help students and alumni in their searches for employment during the summer, school year, and after graduation. We encourage you to make an appointment for individual career counseling or to review your resumes and cover letters -- or, just stop by to talk! 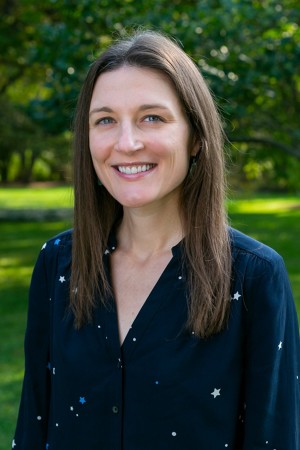 Megan Heneke joined the Office of Career and Professional Development in July 2014. Prior to joining OCPD, Megan completed a two-year judicial clerkship in the United States District Court for the Northern District of Iowa. After her clerkship, Megan served as an Assistant State Public Defender in Cedar Rapids, Iowa for three years. She managed a large caseload consisting of a variety of criminal cases from misdemeanor drug possession to first-degree murder.

Megan graduated from the University of Iowa College of Law, with distinction, in 2009. While at Iowa Law, she was an Associate Note Editor for Transnational Law & Contemporary Problems. She was also involved in the Equal Justice Foundation and served as a mentor to first-year law students. Megan received her undergraduate degree in political science from the University of Iowa, where she served in leadership roles in the University of Iowa Student Government and studied abroad in South Africa. Megan also worked on several political campaigns including the 2004 presidential campaign from the caucus to the general election. In her spare time, you will find her playing Scrabble, trying a new restaurant, or reading travel magazines. 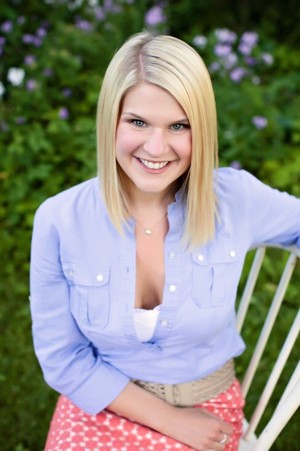 Lindsay Healless joined the Office of Career and Professional Development in July 2017. Prior to joining OCPD, Lindsay served as an Assistant District Attorney in Rock County, Wisconsin. Lindsay’s caseload consisted of various criminal matters, as well as numerous crimes against children. After seeing the many effects of the criminal justice system, Lindsay shifted her focus to education. For the past two and a half years, Lindsay has worked with high school students as a career advocate. In this role, Lindsay worked to eliminate the many barriers students face by giving them realistic work based learning opportunities, and placing them in meaningful career paths. 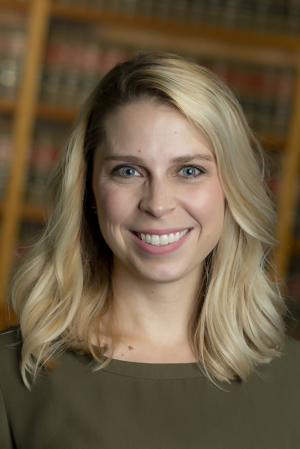 Megan Zurbriggen joined the Office of Career and Professional Development in August 2017. Megan practiced state and federal law in Minnesota and nationwide primarily representing individuals injured as a result of negligence in complex tort and professional liability cases including product liability claims, medical malpractice injuries, long-term care injuries and wrongful death claims. Upon moving to Madison, Megan worked at the State Bar of Wisconsin in its Member Relations Department and served as the administrator for the Wisconsin Lawyers’ Fund for Client Protection.

Megan is a 2012 graduate from the University of St. Thomas School of Law in Minneapolis, Minnesota. While in law school, she was a student attorney in the Interprofessional Center for Counseling and Legal Services as part of the Elder Law Practice Group and worked as a public policy intern for the Alzheimer’s Association. Prior to law school, Megan attended Iowa State University, graduating with B.A.s in Criminal Justice and Communications. When she finds time, Megan is an avid yogi and Chicago Cubs fan. 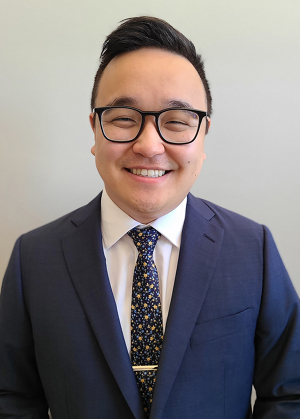 Bryant Park joined the Office of Career and Professional Development in May 2020. Prior to joining OCPD, Bryant served as an associate at a small firm in Milwaukee, working on family law, elder law, and Title 19 cases. After private practice, Bryant served as a Program Coordinator at the State Bar of Wisconsin, where he worked directly with members, law school administrators, and law students. While there, he helped advance diversity and inclusion within the legal profession through the successful development, delivery, and management of innovative and valued law-related programs, services, and events. Bryant also served as the Administrator of the Wisconsin Lawyers' Fund for Client Protection, created by the Wisconsin Supreme Court, to provide reimbursement to clients who have incurred financial losses due to the dishonest conduct of their attorneys.

Bryant graduated from Marquette University Law School in 2014. While at Marquette Law, he served on the student advisory board for the Marquette Volunteer Legal Clinic, which provides brief legal advice and referral services to members of the community at no cost. He also received the Milwaukee Bar Association's Pro Bono Publico Law Student Award, which is given to a law student who shows commitment to pro bono services in the Milwaukee area. Bryant received his undergraduate degree in English, with a focus on creative writing, from the University of Minnesota, Twin Cities in 2010. While at the University of Minnesota, he served in the Community Engagement Scholars Program by supporting and developing programs designed to assist refugees in the Twin Cities area. In his spare time, Bryant enjoys cooking, watching sports and movies, and spending time with his wife and their two bunnies, Leonidas and Meadow.

Jessica Sessums joined the Office of Career and Professional Development in July of 2019. After completing a B.A. (Honors) in Religion in 2011, Jessica graduated with Merit from the University of Wales-Trinity Saint David in 2014 with a master's degree in The Study of Religion. Jessica has worked in management in a number of fields including revenue, hospitality, and customer service. Jessica is an avid traveler and has also lived abroad in both Scotland and South Korea. Spending quality time with her two dogs is top priority during Jessica's spare time.